10 Outstanding Hotels On The French Riviera

How to say happy Mother’s Day in French

You can spread happy Mother’s Day wishes in France with the phrase “Bonne Fête des Mères”. If you know someone more intimately, it would be appropriate to wish for a less formal “Bonne Fête Maman”.

The history of Mother’s Day in France

The tradition of Mother’s Day dates back to the 19th century when a low birth rate and a declining population became a concern for the French government. Thus, the idea came about to celebrate those mothers who were caring for large families, perhaps to encourage them to continue having more. Although it is said that Napoleon Bonaparte first thought of it in 1806, it didn’t actually take root until the 1890s.

In 1918, the city of Lyon celebrated Mother’s Day as a tribute to mothers and wives who lost their sons and husbands during World War I. In 1920, a “journée nationale des mères de familles nombreuses” (a national day of mothers of large families) was established. But it was only in 1926 that the French government formalized a Mother’s Day as part of the birth rate policy encouraged by the Republic.

In the 1940s, Marechal Pétain gave more recognition to this celebration. Mothers being put on a pedestal by the Vichy regime, French people were encouraged to celebrate motherhood. After the war, the law of May 24, 1950, was created to dedicate Mothers’ Day as an official tribute to mothers. This law fixed the date for this celebration on the last Sunday in May (unless this date coincides with that of Pentecost, in which case it is postponed to the first Sunday in June).

How Mother’s Day is celebrated in France

Mother’s Day in France is generally celebrated as a treasured family holiday. Indeed, families usually get together on this day, lunch or dinner is often shared either at home or by dining out at a restaurant. If you want to organize a dinner for the Fête des Mères, check out my ultimate guide on hosting a French dinner party.

Whether your mum is a Francophile, has traveled to France, or dreams of a trip to Paris, here are some wonderful French-inspired gifts I’ve hand-picked with love so you can celebrate Mother’s Day the French way! 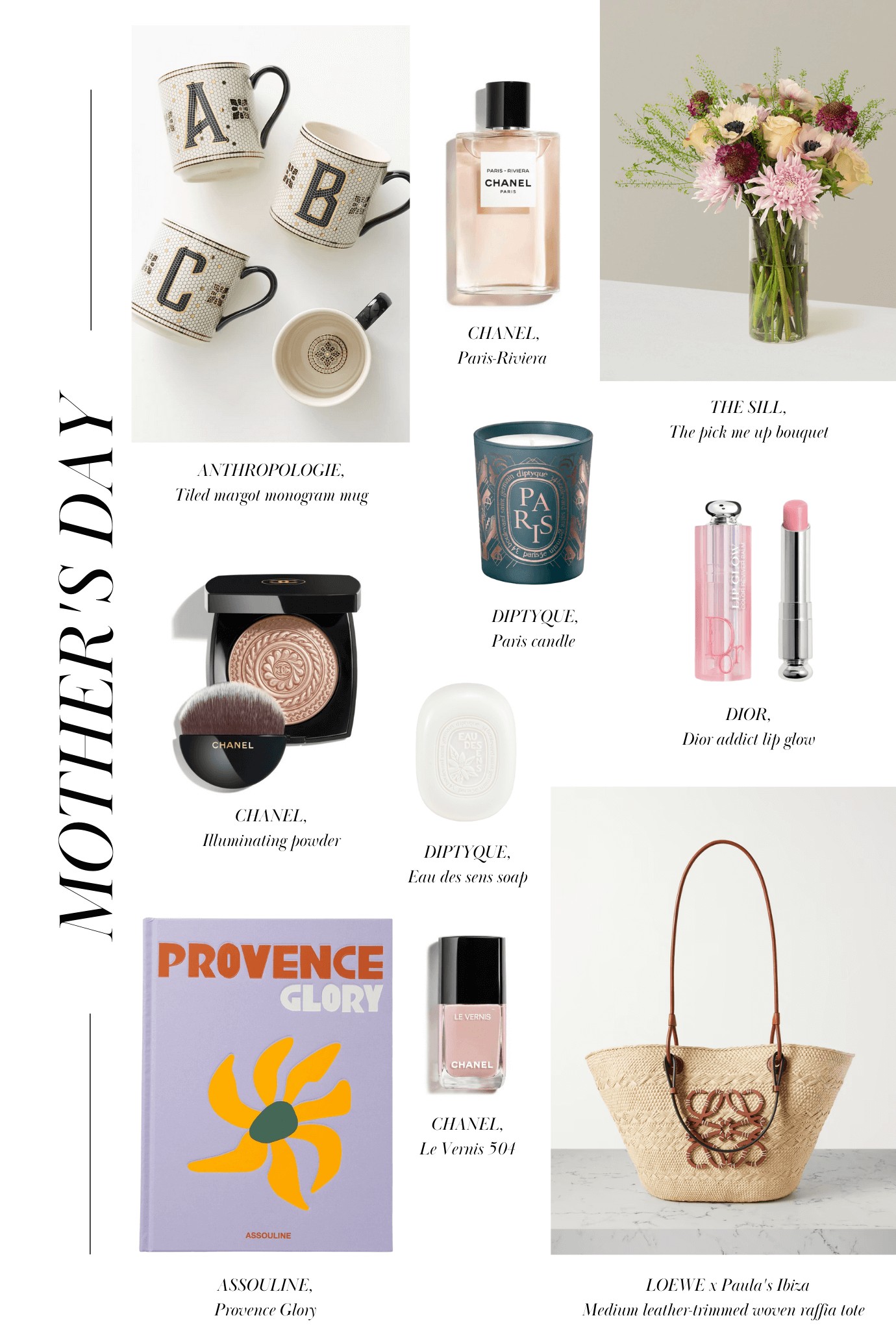 Et voilà! I hope you enjoyed learning more about Mother’s Day in France. If you have any questions, please let me know in the comments below.

Disclosure: This article contains affiliate links. When you purchase through links on the site, I may earn an affiliate commission, at no cost to you. I only recommend products I genuinely love. Here’s why you can trust me.

The 20 Best French Gifts for The Men in Your Life

20 Fabulous Gifts for Lovers of All Things France

The 10 Most Magnificent French Advent Calendars of 2022