The Parisian Girl’s Guide To Dressing For Winter

Bonjour my Francophile friends! As promised, here are all the different ways to say hello in French, plus some more useful French greetings. Of course, we all know and love the classic Bonjour! But there are many ways to say “hello” in French. Indeed, French greetings can be much more than a simple “hello”.

In this article, I’ll teach you the French for “hello” and its variations, and give you a brief tour of the most common ways to greet a French person. If you love French culture and art de vivre, I hope you’ll find these greetings useful.

10 Ways To Say Hello In French

If you’re wondering how to say “hello” in French, bonjour (literally meaning “good day”) is by far the most well-known French greeting. And it’s probably the safest and most polite of all greetings in French. Indeed, you can use it safely in all kinds of social contexts and interactions and no matter what the level of formality.

Bonjour is usually accompanied either by a kiss on the cheeks or by a firm handshake (in a professional or formal context). However, the French do not hug when they greet each other.

Also, a more polite way to say “hello” in French would be to follow this bonjour by Madame/Mesdames or Monsieur/Messieurs. In addition, if you want to say “hello” in French to a large group of people you can just greet everybody with a general bonjour, or bonjour à tous! Finally, sometimes you just spoke to someone and then you see them again or have to get back in touch with them. It seems weird not to acknowledge that you just talked, so in this case, rebonjour (literally “Re-hello”) is what you’d use.

When you greet someone with “hello” in French in the evening of nighttime, you can say Bonsoir (literally, “Good evening”). Like bonjour, bonsoir is safe and polite. The only thing that matters is the time of day, so only use it at the appropriate hour!

Same as with bonjour, it’s always more polite to use something after bonsoir: either Madame/Mesdames or Monsieur/Messieurs.

Meaning “hi”, salut is the French greeting you can use with family and friends in informal situations only. And you probably wouldn’t say it to your boss for example. Basically, salut is more the bonjour of the cool kids, of the youngers.

Salut can also mean “bye”; indeed it’s a common way to end a phone call with someone you know well. Personally, I can use salut to great people that I do know really well, but I never use it when greeting strangers.

Meaning “hey” in English, coucou is the cute-sounding way to say hello in French. Indeed, it will grab people’s attention and is often used as an almost childlike way to say “hi”. Coucou should only be used with friends, family, and kids (basically with people that you know very well). Personally, it’s my favorite way to say “hello” in French and I use it a lot with my friends and family.

Today, hello is also a very common way to say bonjour. The French pronounce it without the h (as in French we don’t pronounce the h in either set of words). I would say that hello is like salut, it’s a very informal way to greet someone that you know very well.

The only time a French person says allô is when they’re on the phone. Indeed, this is how the French answer the telephone. It’s usually said in a rising tone like a question – allô? – when you’re not sure if the other person is there or if you think the connection may have been dropped. Then, when you are the one making the phone call, you then respond with bonjour.

Meaning “how are you?” in English, comment vas-tu is one of the many ways in French to greet someone by just asking how they’re doing (sometimes no “hello” is necessary). You can respond by saying je vais bien, merci meaning “I’m doing well, thank you”. It’s always more polite in French to ask the question back et toi, comment vas-tu? meaning “and you, how are you?”.

Remember in French there are two ways to say “you”: tu and vous. Vous is the formal you and if you don’t know whether you should use vous or tu, use vous as nobody will ever blame you for being too formal. So if you want to ask someone how they’re doing in a more formal way you can say: Comment allez-vous? The person will reply: Je vais bien, merci. Et vous? Comment allez-vous?

Sometimes you’ll hear French people asking ça va? or comment ça va? literally meaning “how it goes?”. If someone asks you this, you can respond with ça va bien, merci (“it’s going well, thank you”) or tout va bien (“everything’s going well”) or just ça va (“I’m ok”). It is a more informal way when it comes to asking how someone is doing. So, make sure to use this expression with people you know well. When in a formal or professional situation, or when simply in doubt what tone to take, comment allez vous? is always the best option.

This is always a nice thing to say when you meet someone. There are other ways to express “Pleased to meet you” in French. Indeed, you could say: je suis ravi(e) de faire votre reconnaissance. If you’re not sure, Enchanté(e) is a great go-to for most situations.

One common way to greet someone in France is to faire la bise. And this isn’t the easiest part especially for foreigners who can be surprised by this French custom of kissing someone on the cheek or cheeks. Faire la bise is a very common greeting in France (as well as many other countries). However, this custom around cheek-kissing varies from region to region as there are variations in how many kisses to give. If overall in France you go for both cheeks, in the Finistère, you only kiss the other person on one cheek, in the Hautes-Alpes, you kiss them three and in the North even four times.

But don’t worry, if the French know you’re a foreigner they will probably just shake your hand in order to avoid making you uncomfortable with la bise. However, remember that the French do not hug when they greet each other. Personally, I’ve always been more uncomfortable when greeting someone with a hug than with la bise. I’ve always found a hug is much more “intimate” I would say, than la bise.

Voilà! Now you know how to properly say “hello” in French in all kinds of social contexts and interactions and no matter what the level of formality. I hope you’ve found these greetings useful. 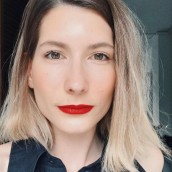 The Best Marseille Soaps Made In France