Here are the best French gifts for Mother’s Day! Whereas the U.S. celebrates Mother’s Day on the second Sunday in May, France’s Fête des Mères takes place on the last Sunday in May. It’s moved to the first Sunday of June if it falls on the same day as Pentecost (la Pentecôte). It is not a public holiday in France, but you can expect many businesses—with the exception of most restaurants—to close anyway. In 2021, Mother’s Day in France falls on May 30.

The tradition of Mother’s Day dates back to the 19th century when a low birth rate and a declining population became a concern for the French government. Thus, the idea came about to celebrate those mothers who were caring for large families, perhaps to encourage them to continue having more. Although it is said that Napoleon Bonaparte first thought of it in 1806, it didn’t actually take root until the 1890s.

In 1918, the city of Lyon celebrated Mother’s Day as a tribute to mothers and wives who lost their sons and husbands during the First World War. In 1920, a “journée nationale des mères de familles nombreuses” (a national day of mothers of large families) was established. But it’s only in 1926 that the French government formalized a Mother’s Day as part of the birth rate policy encouraged by the Republic.

Mother’s Day: How It Is Celebrated In France?

You can spread happy Mother’s Day wishes in France with the phrase “Bonne Fête des Mères”. If you know someone more intimately, it would be appropriate to wish a less formal “Bonne Fête Maman.”

Mother’s Day in France is generally celebrated as a treasured family holiday. Indeed, families usually get together on this day, lunch or dinner is often shared either at home or by dining out at a restaurant. If you want to organize a dinner for the Fête des Mères, check out my ultimate guide on hosting a French dinner party.

French mothers traditionally receive cards (cartes de Voeux), flowers, perfumes —check out the most iconic French perfumes of all time—, chocolates, as well as handmade gifts. Also, French children usually craft some kind of project at school for their Maman, most iconically, un collier de pâtes (a necklace made of dried pasta).

Whether your mum is a Francophile, has traveled to France, or dreams of a trip to Paris, here are some wonderful French gifts I’ve hand-picked with love so you can celebrate Mother’s Day the French way! 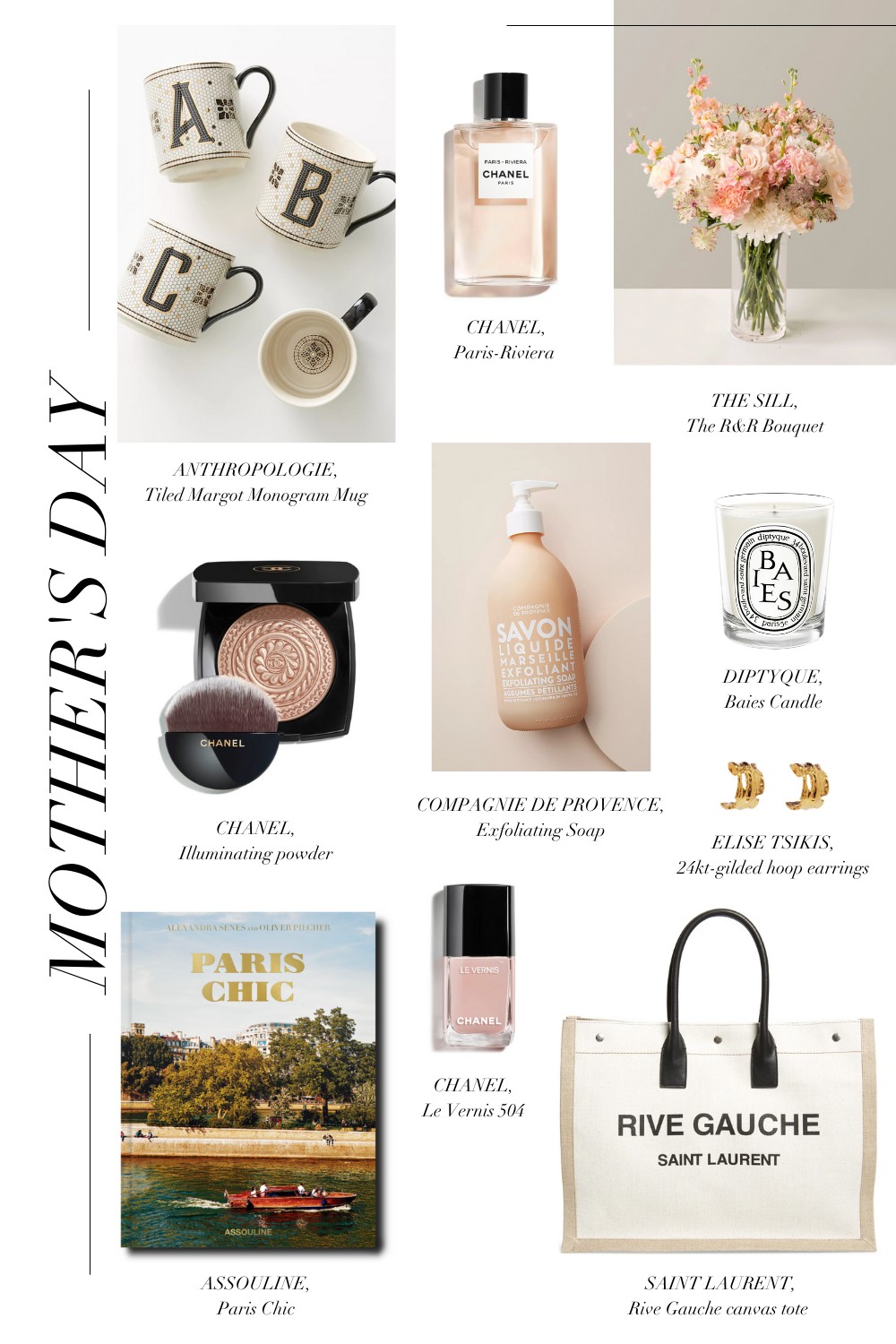 Disclosure: This post may contain affiliate links, meaning when you click the links and make a purchase, we receive a commission.

The Ultimate Guide To Parisian Style

How To Create A French Capsule Wardrobe For Fall

How To Create A Spring French Capsule Wardrobe